The Hatters are back in Sky Bet Championship action tomorrow afternoon as they take on Birmingham City at Kenilworth Road.

Town are at home for the first time in 2020 looking for a fifth home league win of the campaign, which would secure a valuable three points as they look to move off the bottom of the second tier.

Having started the campaign relatively well, the Blues are without a win in their last six Championship matches – having last picked up three points away at Reading at the beginning of December.

International supporters will be able to stream and follow the game at Kenilworth Road live on iFollow Hatters. Subscribers can also tune into Simon Pitts’ full match commentary.

On struggling for results over Christmas: "I would say that there's five games in 14 days and it's impossible to repeat the same level. We had a three game week where I kept the same team against Leeds, Charlton and Brentford and we all know the final outcome of the final fixture that week.

"I would say that the three game weeks, if I am looking at the evidence, we struggle to handle, we have lost most points in those weeks when the games are once a week and we prepare well for them. The boys are fresh going into them, we are always competitive, I can't think of one where we haven't been.

"If you talk about the robustness of the Championship and the saturation - people say it's the most competitive league in the world, it is that test of three games in seven days. So that's been difficult, I have had to refresh it at times, I have not wanted to, that's why I made such a stance on not changing the team and the tactics in the same week, but the findings sadly were over three games in seven days, we could do it for two, we couldn't do it for three."

On Birmingham: "They are exactly what we have seen in October, I mean he can obviously change it, 4-4-2, robust. Jutkiewicz is a handful. They have a competitive press.

Relegated from the Premier League in 2011 after two seasons in the top-flight, Birmingham have been in the Championship ever since.

The Blues however, did win the Carling Cup final during that campaign after beating favourites Arsenal at Wembley Stadium. That was the second time they have lifted the League Cup trophy having also won it in 1963, after defeating main rivals Aston Villa.

Kick-off is 3pm at Kenilworth Road on Saturday 11th January 2020.

Graham Scott is usually refereeing in the Premier League, but will take charge of his third Championship fixture of the campaign tomorrow. Incidentally, one of his previous two so far this season was the Town’s 3-0 home win over Bristol City. In total, he has overseen 16 games, dishing out 53 yellow cards and four red cards.

Tickets for this fixture are sold out.

The two sides met at St Andrews earlier on in the season, where the Hatters suffered a 2-1 defeat.

Despite having the superior all-time record and the recent success, Birmingham haven’t won at Kenilworth Road in their last five matches – a record which dates back to 1985.

Tickets for the Hatters’ Sky Bet Championship match against Birmingham City this Saturday have now sold out.

If you’re a season ticket holder who is unable to make it for the game, make sure you take advantage of the buy-back process, where in return for your match ticket you will receive a £10 voucher to use at the club shop, or around the ground at a future fixture at food and drink kiosks.

Any returned tickets will become available to other supporters and advertised on the club website later on this week. 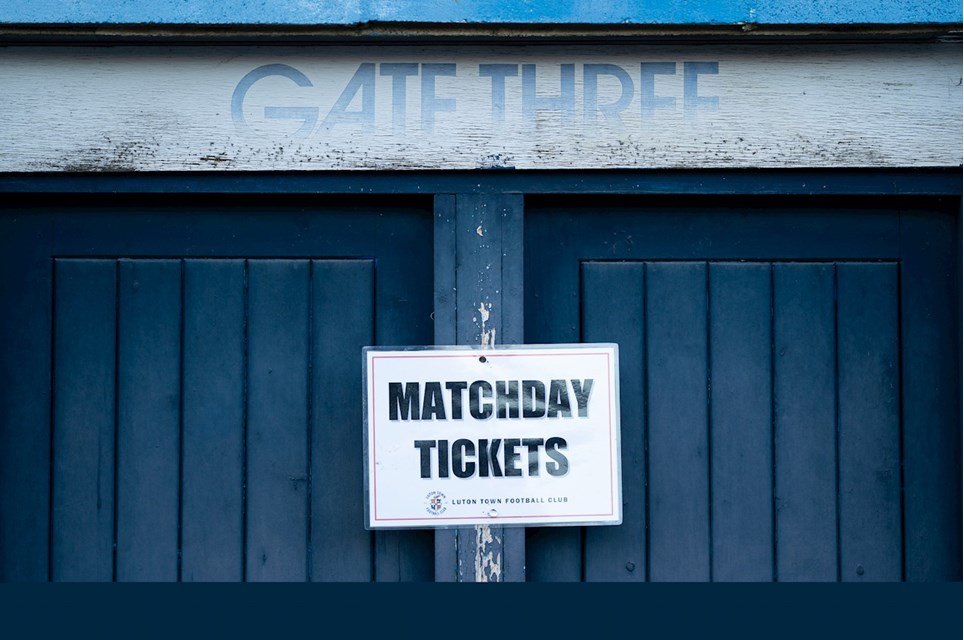 
Tickets for our fixture against Birmingham City on 11th January are due to go on sale at 10am on Thursday 12th December.