The Hatters are back on the road when they face Middlesbrough at the Riverside Stadium tomorrow afternoon.

On the back of a strong 1-0 victory against Sheffield Wednesday midweek, Town go into the game knowing a win could take them within four points of safety.

Middlesbrough meanwhile are without a win in their last six matches as they currently occupy 18th position, seven points clear of the drop zone.

International supporters will NOT be able to stream and follow the game live on iFollow Hatters, due to it being selected for international broadcast. Subscribers can tune into Simon Pitts’ full match commentary though.

For those who planned to go and watch the youth team face Leyton Orient tomorrow morning, please be aware that the game has now been called off.

The difference between playing Middlesbrough at the start of the season and now: “We are a long way away from Middlesbrough optimism on the opening day, there’s a reality now of this league and what it brings and they drew 2-2 last night and nothing will be easy.

On Ravel Morrison: “He’s a talented player isn’t he. Certainly wouldn’t rule anything out that Ravel has got because he was the same for Manchester United and he’s got real quality in him. There is quality all over the Championship and we’ve got it as well, we need to remember that.”

On winning on the road: “What I do know is that the performances have been consistent, and the players have got great attitude and great desire to go and do it. It will come from them, it will always come from the player, but I see a team that is performing and that gives me great pleasure.”

A Premier League outfit as recently as 2017, Boro have plied their trade in the Championship since relegation down to the second tier that year. Fifth and seventh placed finishes have seen them come close to returning back to the big time, but fell at the semi-final stage of the play-offs in 2018, before missing out all together last season.

Kick-off is 3pm on Saturday 15th February at Riverside Stadium.

Tomorrow afternoon's game will be refereed by Jarred Gillett, who has taken charge of 21 matches so far this campaign. He has dished out 73 yellow cards and two red cards.

The Hatters have sold around 750 tickets for the game at the Riverside Stadium, whilst tickets will be available for purchase on the day at Middlesbrough.

The two sides met on the first day of the season at Kenilworth Road and played out a very entertaining 3-3 draw.

Town hold the superior head-to-head record with 12 wins compared to Boro’s nine, whilst there has been seven draws as well.

The main blow-by-blow action account of the action from Riverside Stadium will be provided via the Match Centre on the club website, which you can access by clicking here. (*Please note that the club’s Live Text will appear only by accessing through an internet browser, users of the Luton Town FC app will receive updates from Opta)

The Hatters secured back-to-back victories and a first away win in 2020 as Ryan Tunnicliffe scored the only goal of the game at Middlesbrough this afternoon – moving Graeme Jones’ side within four points of safety.

Tunnicliffe grabbed his first goal in a Luton shirt as he curled in on the volley from Dan Potts’ left-wing cross, with the Town the better side for a majority of the 90 minutes.

With 17 minutes on the clock, Town took the lead as LuaLua made a dangerous run forward, before picking out Potts out on the left – he swung in a decent ball, it flew over Collins’ head, but Ryan Tunnicliffe was there to volley it into the bottom left corner sending the away end into pandemonium.

Seven minutes later and Pelly-Ruddock Mpanzu came close to doubling the lead as LuaLua whipped in an inviting ball, but goalkeeper Aynsley Pears got to it just before the midfielder.

Simon Sluga was forced into tipping the ball over his own crossbar when Paddy McNair’s corner drifted towards goal, with the Croatian international going onto keep his second consecutive clean sheet.

Mpanzu smashed an effort into Row Z from a LuaLua pass just after the restart, but that didn’t stop the former West Ham man having a dig from the same distance ten minutes into the second half, hammering it on the volley towards the top left corner – Djed Spence blocked the ball with his arm, but the referee waved away the appeals for a penalty.

Substitute Britt Assombalonga should have equalised for the hosts with Jonathan Woodgate’s team’s first real chance of the game after 73 minutes, as he got on the end of Hayden Coulson’s cross, but somehow nodded high and wide at the back-stick.

A head injury sustained by Potts meant the full-back had to be taken off after initially being able to carry on, leading to six minutes of added time. But the visitors saw the game out with an air of confidence, securing their first away win on the road since September, when Matty Pearson’s header earned a 2-1 victory at Blackburn Rovers.

We have currently sold just under 750 tickets for Saturday’s fixture at Middlesbrough.

Tickets will remain on sale to supporters from the Ticket Office in person or by phone for those supporters who can collect tickets.

However, further tickets will be available on the day from Middlesbrough where there will be a 'Cash Only' facility to purchase. 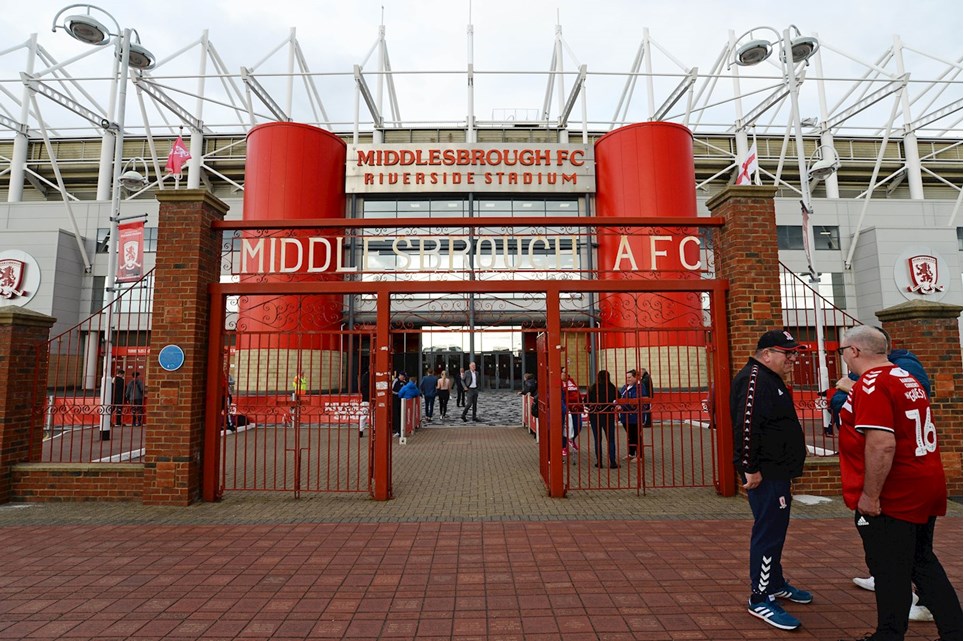 
The Hatters have received an initial allocation of 1,172 tickets for their Sky Bet Championship fixture at Middlesbrough on Saturday 15th February.