The Hatters' winning run was brought to end at The Valley this afternoon as Charlton Athletic ran out 3-1 victors.

A double from Lyle Taylor either side of Harry Cornick’s equaliser, and a late goal from George Lapslie, saw the Town slip back to the bottom of the Championship table, six points from safety, after two successive wins had lifted them within sight of safety.

The opening exchanges were tightly contested on the pitch, while off it both sets of fans produced a wonderful moment with a perioud of applause around the eighth minute for Ethan Matthews, the young Hatters supporter who sadly lost his battle with cancer on Wednesday, aged eight. Charlton deserve huge respect for sharing an image of Ethan on their big screen as the tribute rang out with all corners of The Valley also singing his name.

In the 13th minute, Charlton were inches away from taking the lead. Erhun Oztumer crossed into the box, Naby Sarr touched it down and volleyed towards goal, but his effort cannoned off the bar.

Luke Berry went close for the Hatters, but a slight deflection took his effort just wide of the goal and behind for a corner.

The hosts went close through Alfie Doughty, before Taylor put Charlton ahead in the 34th minute. On the half turn he fired right-footed low across goal and past Simon Sluga.

Just two minutes later, Town got back on level terms through Cornick. James Bree and Pelly Ruddock-Mpanzu linked up well down the right, the latter crossed and the attempted clearance went straight to Cornick, who arrowed his shot into the bottom corner for his eighth goal of the campaign - the same tally he amassed in the whole of last season.

The Addicks were looking for a quick start to the second period and almost got exactly that, but Taylor’s cross into the box was put wide by Andre Green.

In the 51st minute, Ryan Tunnicliffe stole possession in midfield and played a neat pass down the line for Cornick to run on to. The forward raced through on goal and squared it across the box for Collins, who slid the ball into the back of the net before the linesman lifted his flag and it was ruled out.

Charlton regained their lead just after the hour mark, when substitute Lapslie’s shot from the edge of the box hit Collins’ arm. Taylor took responsibility from the spot and found the the back of the net.

The hosts were searching for a third goal shortly after but Tunnicliffe managed to produce a vital block to deny Josh Cullen from close range, as Taylor’s cross came all the way through to him at the back post.

Town continued to create chances themselves as substitute George Moncur went close from distance, but his effort was tipped over by Phillips.

However, in the latter stages of the game, Lapslie turned in fellow substitute Macauley Bonne’s cross to give the Addicks all three points.

The Hatters will quickly look to put defeat behind them and are back in action on Tuesday night when they welcome Brentford to Kenilworth Road.

The Ticket Office have a further update regarding tickets for the Charlton fixture on Saturday.

The additional 500 tickets requested yesterday are available to purchase and continuing to sell well.

With less than 150 seats currently left further tickets have again been requested, taking the allocation to over 2,700. These tickets, however, will not be available for collection until Wednesday afternoon.

Tickets purchased can also be posted tomorrow or arrangements made to collect at Charlton on the day.

Tickets are available online or via the Ticket Office by phone or in person. 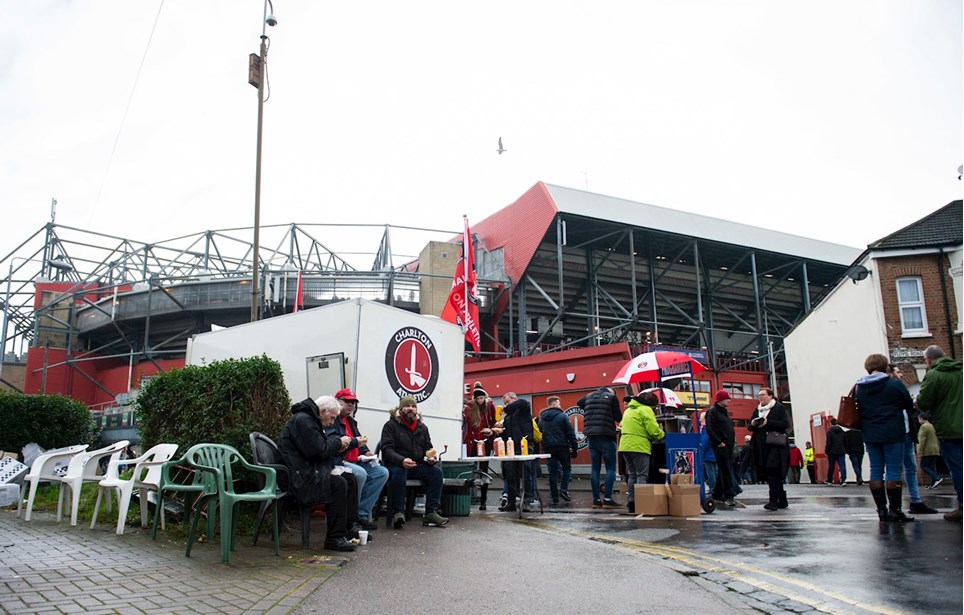 
The Hatters have received an initial allocation of 2,014 tickets for their Sky Bet Championship fixture at Charlton Athletic on Saturday 22nd February.