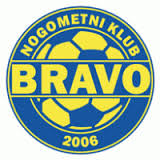 The Hatters take on Slovenian second division side NK Bravo in Maribor this afternoon.

Score flashes and half-time/full-time updates will follow on our Twitter feed @LutonTown, with pictures and a brief report of the match this evening.

In the meantime, club photographer Gareth Owen has been at the Hotel Habakuk this morning to capture these images of the players stretching, cycling, smiling, and Dabbing (in Isaac Vassel's case) as they prepare to take on a side who won the Slovenian third division title last season.

The Town had plenty to cheer about when taking on NK Bravo this afternoon – with six goals rattled past the Slovenian third division champions in Maribor.

Nathan Jones fielded ten different players in each half, but his side’s domination of the team who are about to embark on their first season in the Slovenian second tier was equal either side of the break with both halves won 3-1.

Isaac Vassell hit two and Jordan Cook one before half-time, then James Collins (pictured above) followed up his first Town goal at Bedford last week with a second-half double before Elliot Lee tucked a late penalty away to bring up the half-dozen.

Vassell got the ball rolling in the eighth minute as the Town controlled the opening period, the striker shooting under the hosts’ keeper’s body after being put through by Olly Lee.

Cook and Lawson D’Ath both had good chances to double the lead before Bravo equalised on 32 minutes, but it was soon 2-1 to the Hatters with Vassell tapping in from close range after D'Ath and Olly Lee combined to set him up five minutes before half-time.

Two minutes later it was three when Jack Senior crossed from the left for Cook to head home, and after the mass changes at the interval, Jones had to wait until just before the hour for the fourth goal, when Pelly-Ruddock Mpanzu created the chance for Collins’ first of the day in the 58th minute.

A harsh handball decision against Dan Potts presented Bravo with a penalty almost immediately, but Czech keeper Marek Stech pulled off a terrific save and in the 79th minute Collins had his second, and the Town’s fifth – Luke Gambin crossing for Elliot Lee to slip the ex-Crawley striker in for a tap-in.

Elliot then joined his brother on the scoresheet in the 86th minute when he picked himself up after being fouled in the box to net the sixth from the spot, before the Slovenians snatched a second consolation in the dying seconds.

The Town fly back home tomorrow and return to training at The Brache on Monday before the nest pre-season friendly at St Albans City on Tuesday night, kick-off 7.45pm.

***We had hoped to include match pictures from Slovenia but technical problems have prevented club photographer Gareth Owen being able to send them from Maribor. We will share them with you as soon as possible in the coming days.